Argentium Silver® is a rather new alloy similar to sterling silver with at least 92.5% silver content, but with a part of the alloyed copper is replaced by germanium which is a rather rare metalloid used mainly in the semiconductor industry.
It is the result of research by Peter Johns at the Art and Design Research Institute (ADRI), School of Art & Design, Middlesex University. The project began in 1990 with research on the effects of germanium additions to silver alloys.
Its name is somewhat confusing as the name "Argentum" (without the "i") actually means the "silver" metal itself. "Germanium silver" would be a better name.
The main difference is that it does barely develop firescale when heated, which is a major issue with sterling silver. After polishing sterling silver, in many cases reddish brown stains appear which destroy the luster of the silver. Many companies silver plate the work with pure silver to conceal the firescale, but that is just a workaround, as when the plating wears, the dull appearence of the firescaled silver gets visible. The germanium oxide GeO2 forms a transparent layer which inhibits penetration of copper oxides into the surface of a heated silver-copper alloy. Other advantages are that it can be fused without using solder and can be precipitation hardened by heating in a few hours to 250°C which can be done in a domestic oven. Moreover it is better tarnish resistant than traditional sterling silver.

In October 2014 I stared experimenting with this alloy, with success. I tested the enhanced properties which really became true. The first object I made was a silver spoon with a casting of a queen's head on the top, a twisted wire as stem and a piece of sheet forged into a bowl. I fused the three parts together without using any solder.
The ring below is 'soldered' (i.e fused without using any solder) by first maikng five rings from 1.5mm Argentium silver wire by fusing the seam and then fusing the five rings stacked on each other. 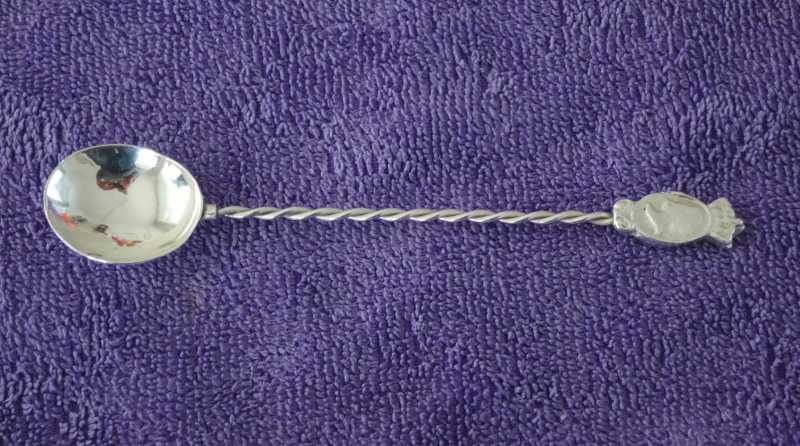 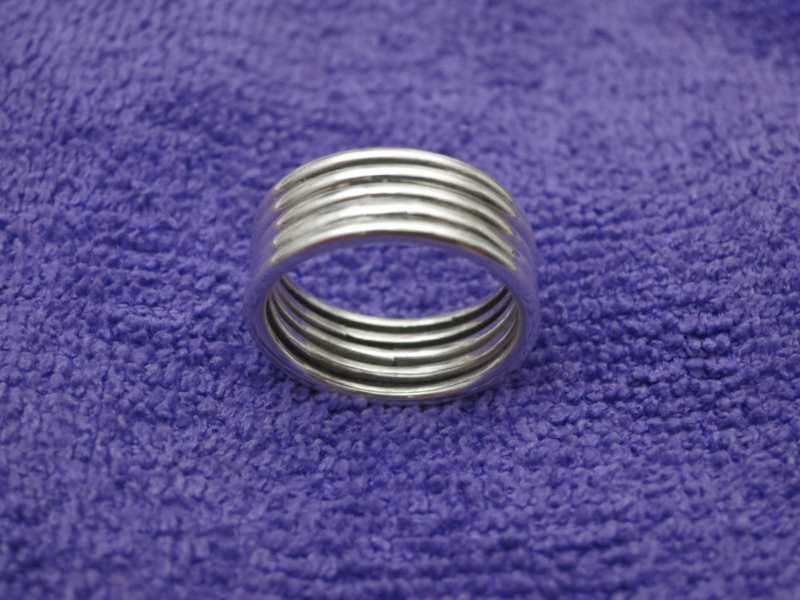 Soldering the bowl to the stem of an Argentium silver spoon using fusion, i.e. without solder.

and hosted under Linux.
This site is best viewed with Firefox, Safari, Chrome and Opera.